The AEM (Azienda Elettrica Modenese) power station, built in 1912, was originally intended for the production of electricity to power the tram network and the few users of the time; with the decommissioning of the transformation plant in 1950, the central part of the building was used as a warehouse, while the lateral bodies were partially lofted for use as offices.
The entire former AMCM complex, including the former AEM building, is an area of historical and architectural interest, and is the subject of urban redevelopment projects.
The aim of the renovation project is to make the central body of the building and the mezzanine available for use as "Open Laboratories", spaces equipped with advanced ITC solutions, to be used as places for discussion and collaboration between businesses, citizens and the public administration, and shared work spaces.
The windows and doors were replaced with the FerroFinestra Mogs system: galvanised steel frames with thermal break, identical in shape, design and colour to the pre-existing early 20th century ones, fitted with double-glazed safety glass in compliance with safety and energy saving regulations. 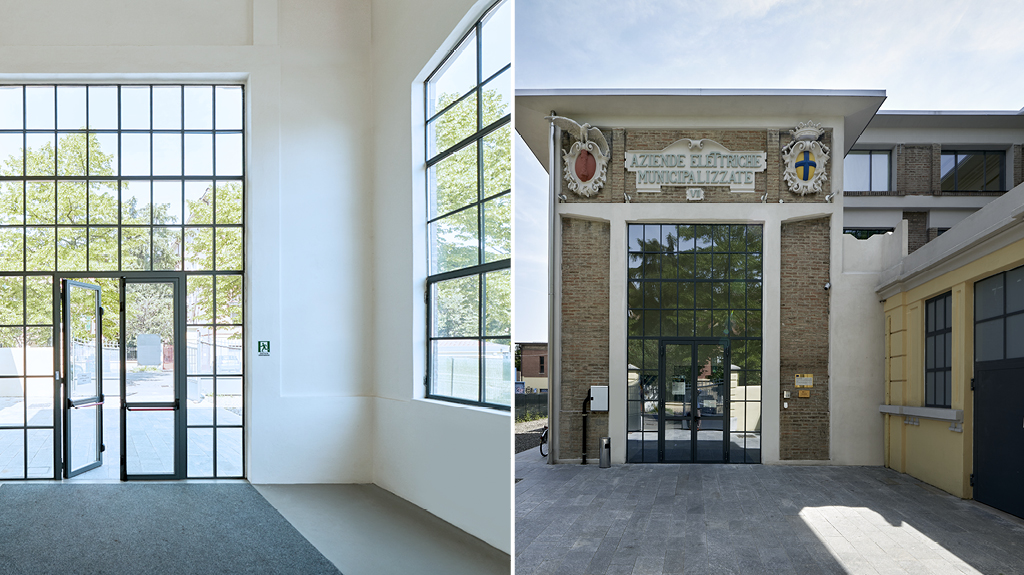 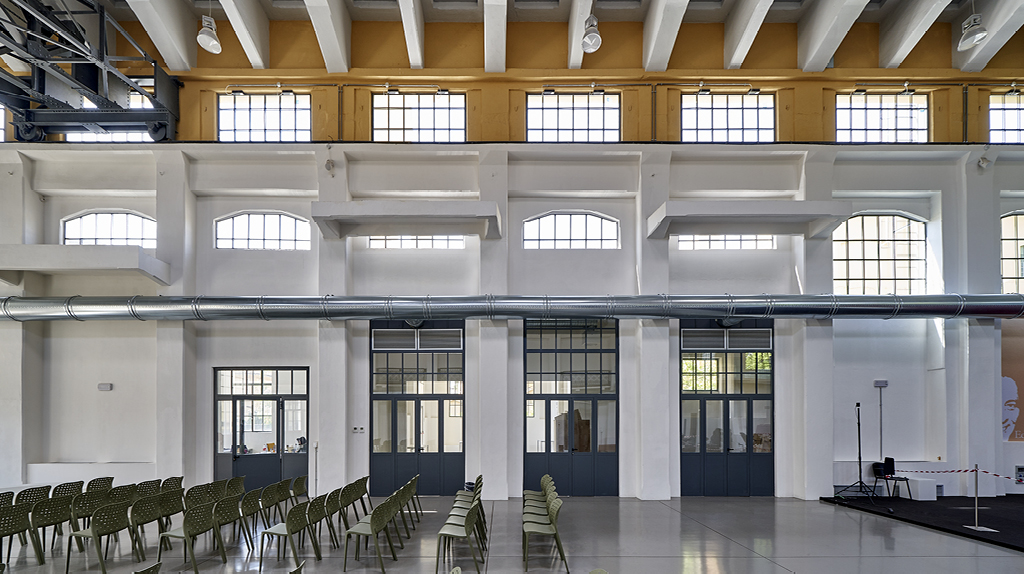 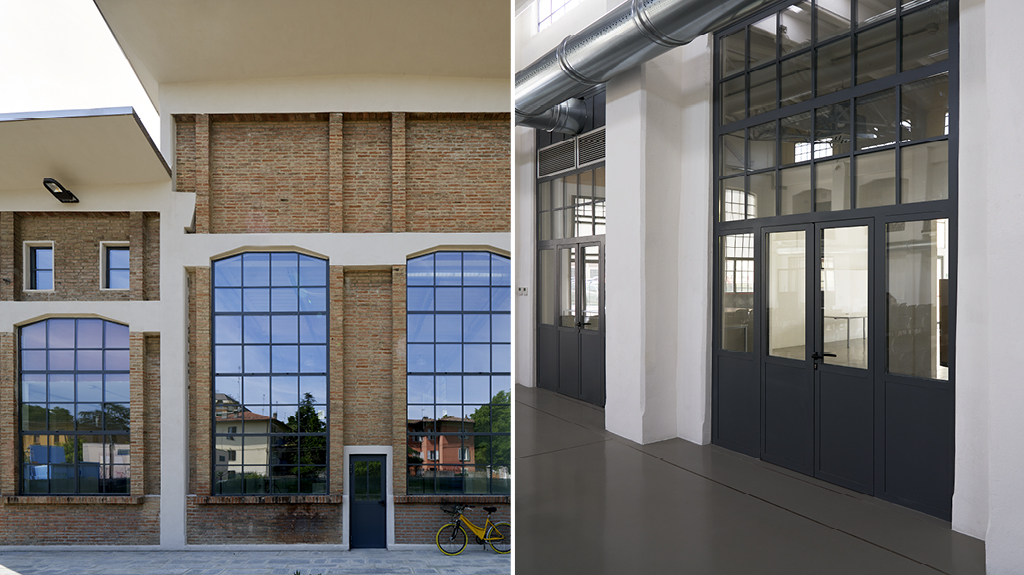