This project concerns the renovation of Tergesteo Palace, located in Trieste historic centre. The complex was first designed by the architect Buttazzoni, and subsequently re-elaborated by Brujn. It was realized between 1840 and 1842, and is composed of four squares gathered around a cross-shaped glass gallery. The original roofing dated back to the mid-19th century, based on the design of the Milanese architect Pizzala, whose experience working on the De Cristoforis gallery in Milan served as a prototype for the construction of Tergesteo Palace. In 1957 the steel and glass roofing was demolished and replaced with a lower vault in glass brick, designed by the architect Psacaropulo. This in turn was later removed and substituted with a steel and glass construction based on the original 19th century design, which stands today as part of in the gallery’s current renovation as prescribed by the Superintendancy. The Mogs Vetroarmato ISO system employed for this noteworthy construction is a structure made of galvanized steel, particularly suited for use in inclined roofing and vertical facades. 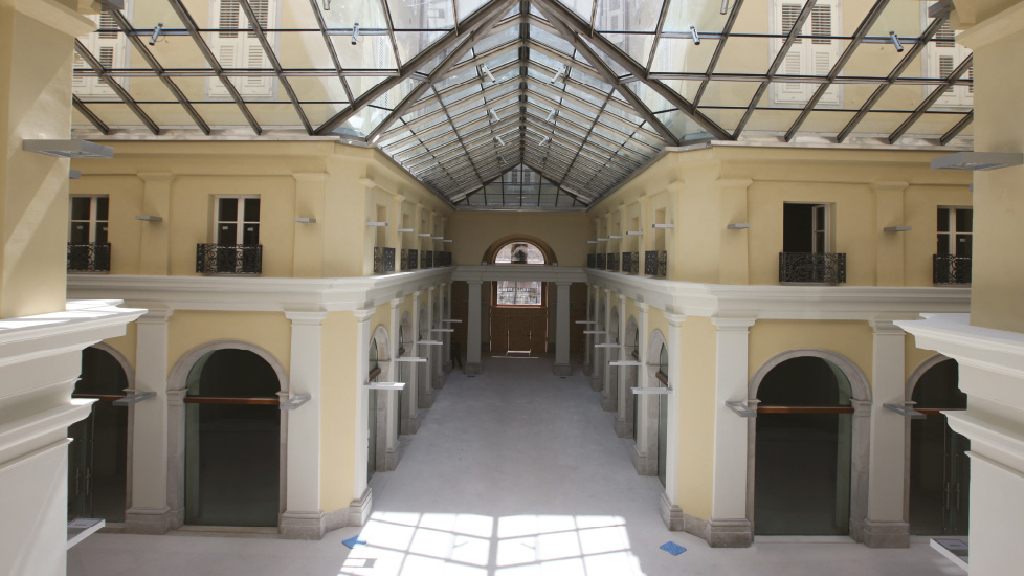 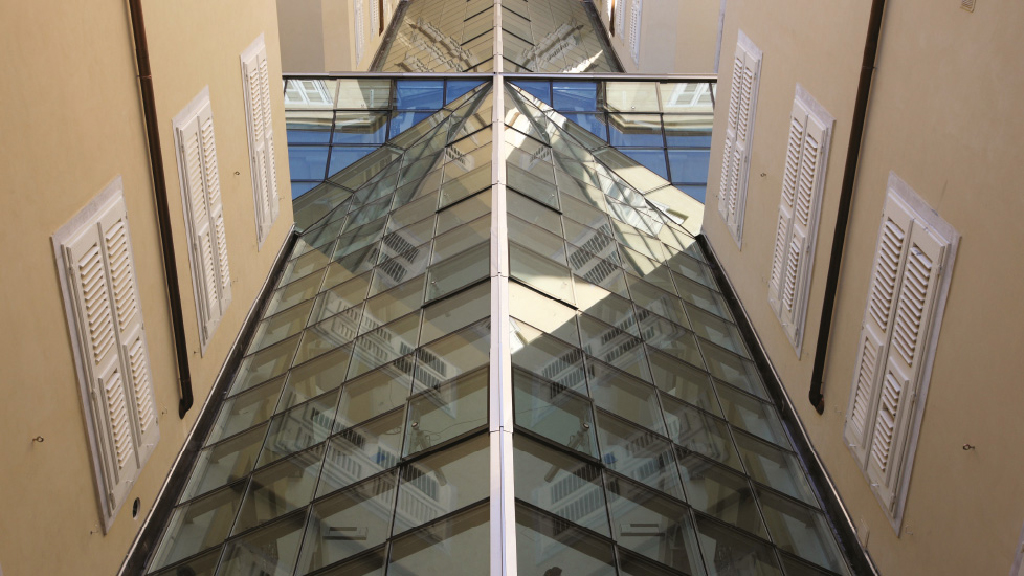 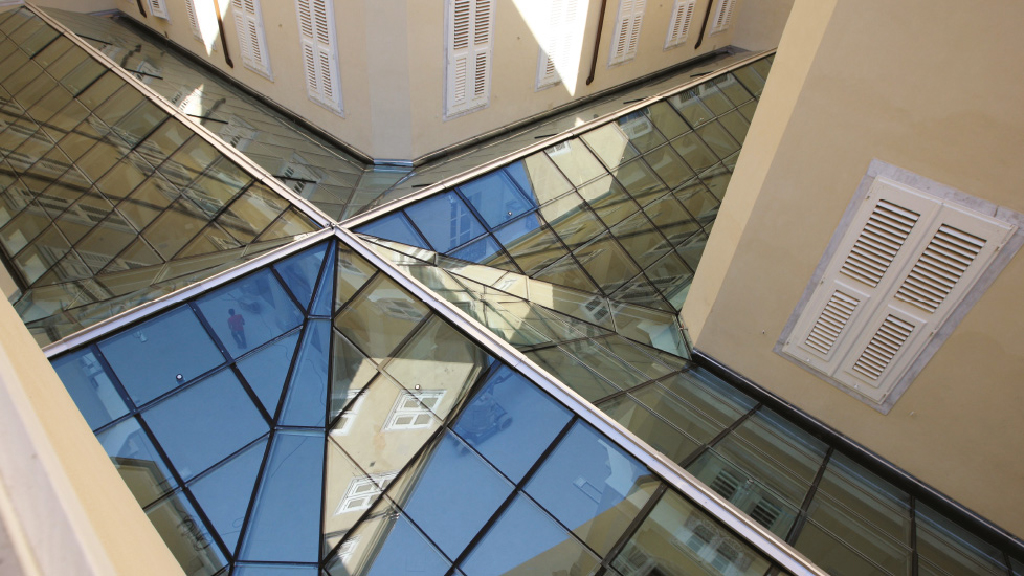 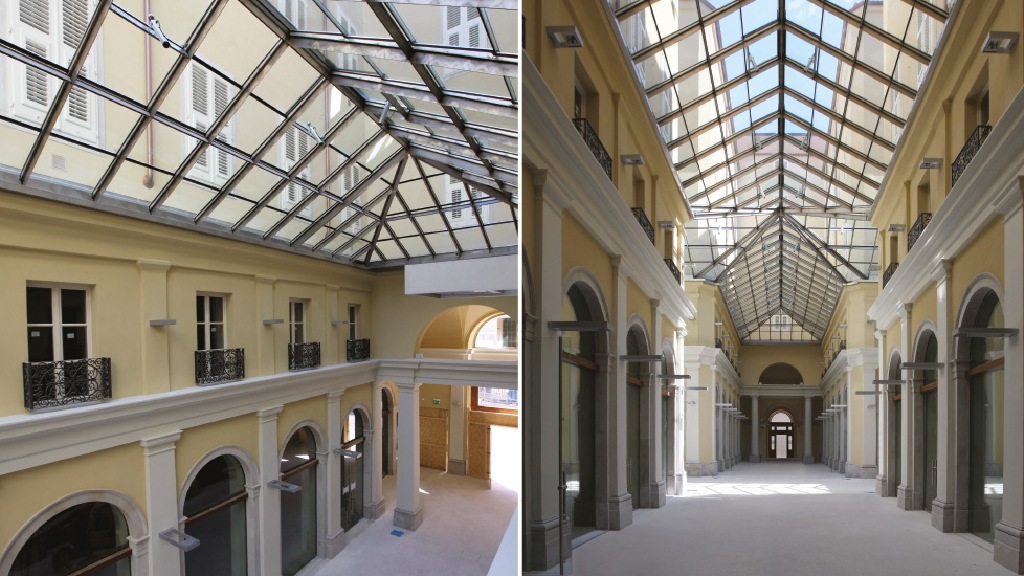