Commissioned by Vittorio Cini in the 1950s as part of the redevelopment of the Island of San Giorgio, the Nautical School was created as an amalgamation of different buildings held together by a long window overlooking the Venice Lagoon. Unused since the 2000s, the former School is the focus of a restoration project developed by the Giorgio Cini Foundation that involved the roof and windows. Originally the building showed wooden and iron window frames, a solution adopted for the large glazed hallway and found in all new construction projects on the island: in the early 1990s these were replaced with aluminium frames, which were then badly deteriorated.
In the redevelopment of the building, it was therefore planned to adopt a solution in FerroFinestra Ottostumm | Mogs that would evoke the technology originally adopted, guarantee adequate insulation and enhance the relationship with the extraordinary context of the city of Venice. 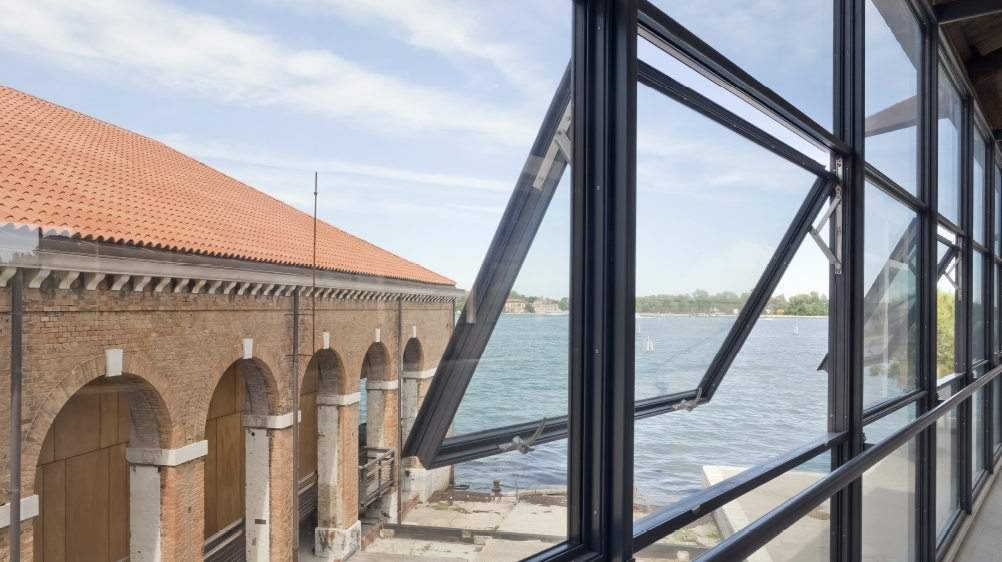 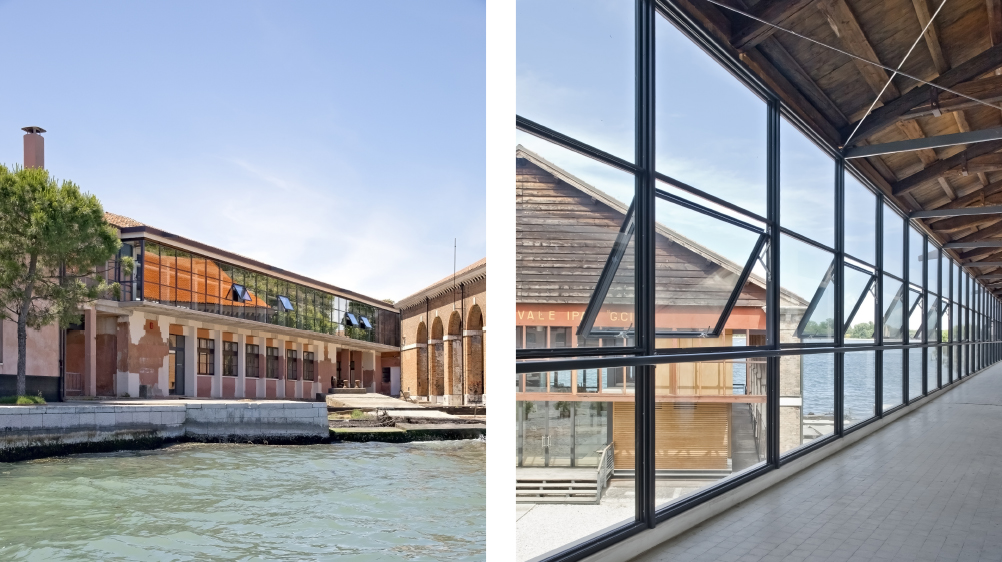 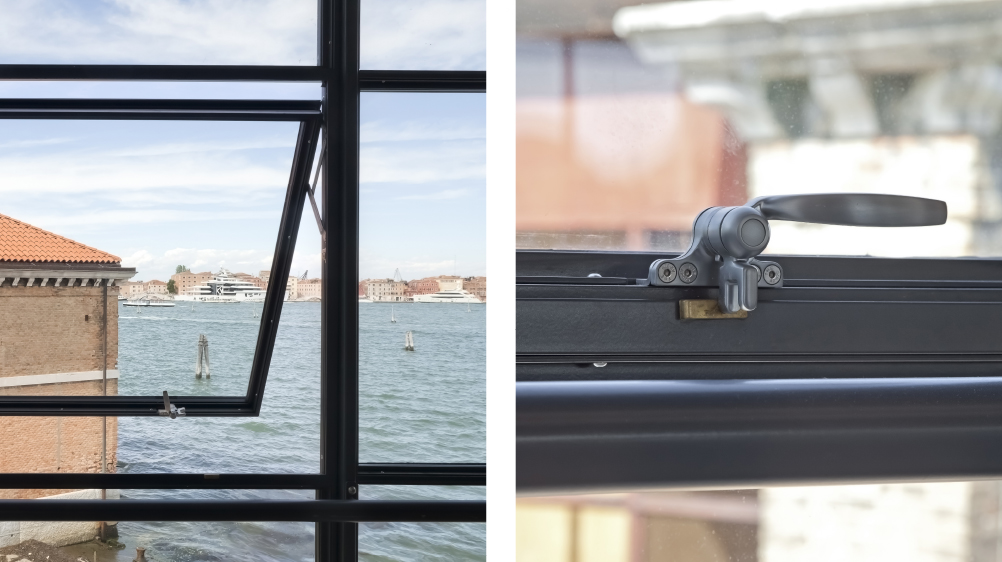