…I hope to have a piece of land that is mirrored on the sea, one day… Pino Pascali
A few meters from the sea, an old municipal slaughterhouse houses the Foundation Museum dedicated to the work and the figure of Pino Pascali, leading artist of Arte Povera movement, born in Bari and prematurely passed away in the sixties. As location of the new museum, the nineteenth-century structure – which had previously undergone an expansion, that had deeply altered its characteristics - required completion and redevelopment of internal and external spaces, as well as the activation of new functional areas, in order to adapt them to the specific requirements of an exhibition space for contemporary art. The location of the building suggested a project strongly focused on the relationship with the geographical and urban context, in particular through the creation of a small sculpture park open to the neighborhood and the sea and the creation of a public access path to the new roof garden. The continuous system of metal ramps, in addition to connecting externally the main levels of the building in order to ensure independent use, has made it possible to make the panoramic terrace, now characterized by large areas paved in wood, placed at different levels, destined to host exhibitions and outdoor events. As for the pre-existing structures, the intervention involved the redefinition of the elevations and the entrances; the creation of a bookshop, the setting up of a literary café with large windows overlooking the sea and an outdoor area; the recovery of former deposits in the basement, intended to house the permanent collection of the Foundation. The creation of windows and skylights has made it possible to optimize the diffusion of natural light inside the museum, and to redefine, with flexible structures, accesses, areas and routes. The white color, typical of the place, has been widely proposed: on the outside, to distinguish the volumes in expansion from the nineteenth-century building; in the inner rooms and in the reception areas of the main floor, to create neutral and luminous spaces. On the other hand, for the basement, destined to host installations and video projections in large part, the collected atmosphere created by gray finishes was preferred. White has also been chosen for the profiles of the windows and all internal and external doors and windows. Particular attention was paid to the selection of the most suitable materials, considering the size of the openings, the need to reduce heat loss and placement in an environment, which is suggestive but particularly aggressive. The solution for the large mirrors on the sea front and for the external doors has been identified in Mogs’s stainless steel 5050 profiles, while for the internal windows the thin section of Mogs FerroFinestra in galvanized steel was preferred. The identification of reduced section profiles was dictated by the need to frame, in the most discreet manner, the large portions of the sea, which are considered to be part of the beauties of the museum. 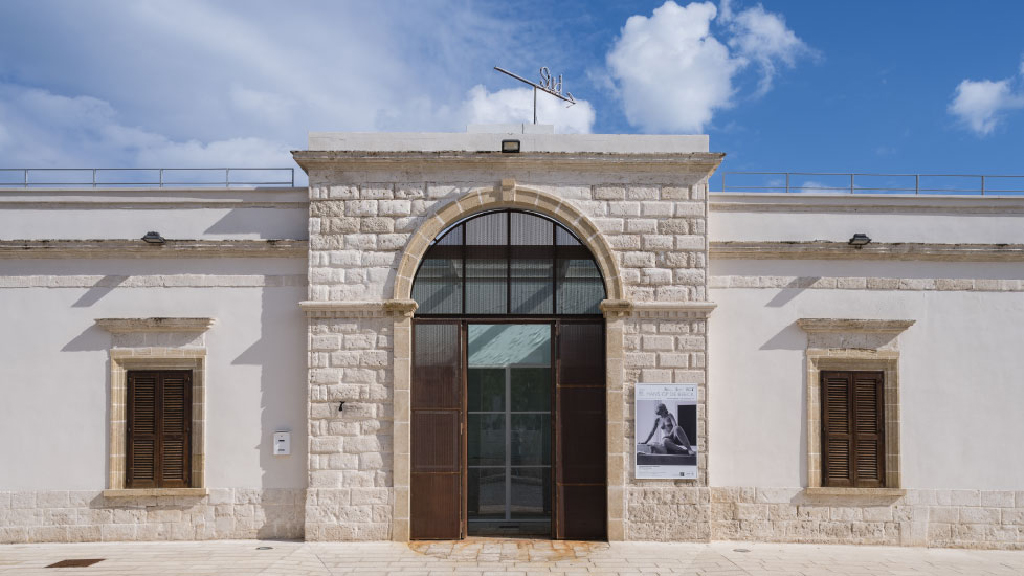 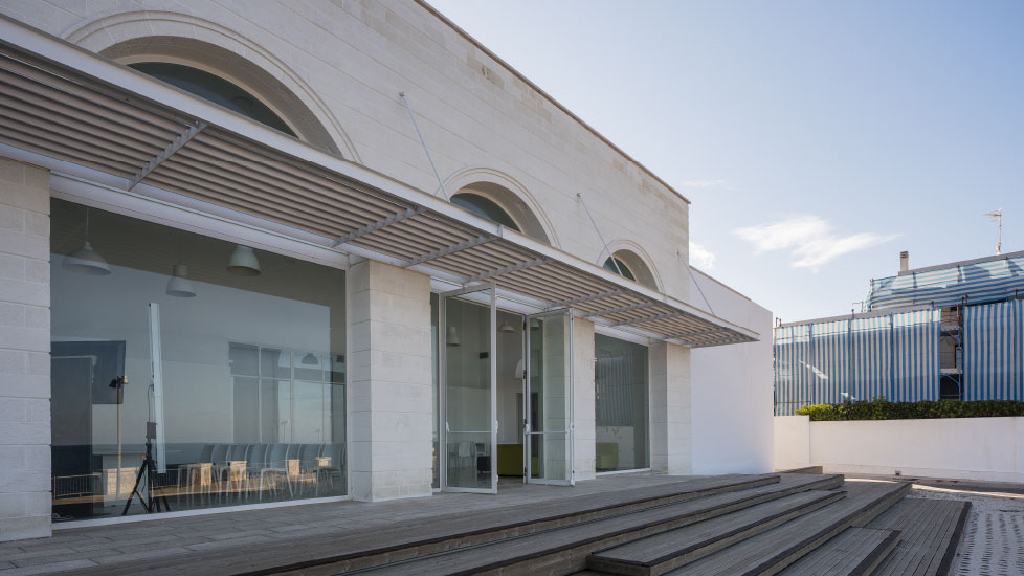 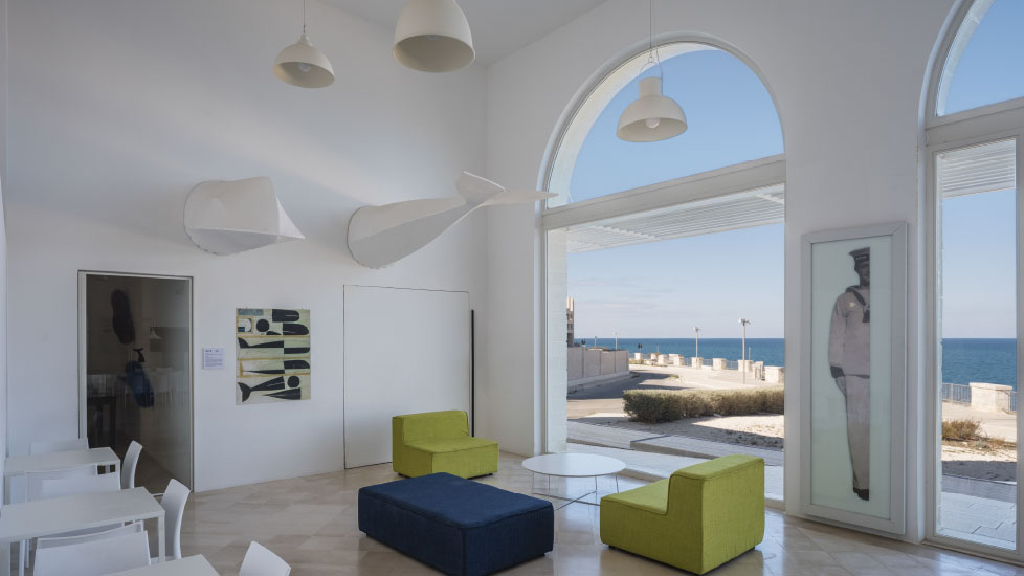 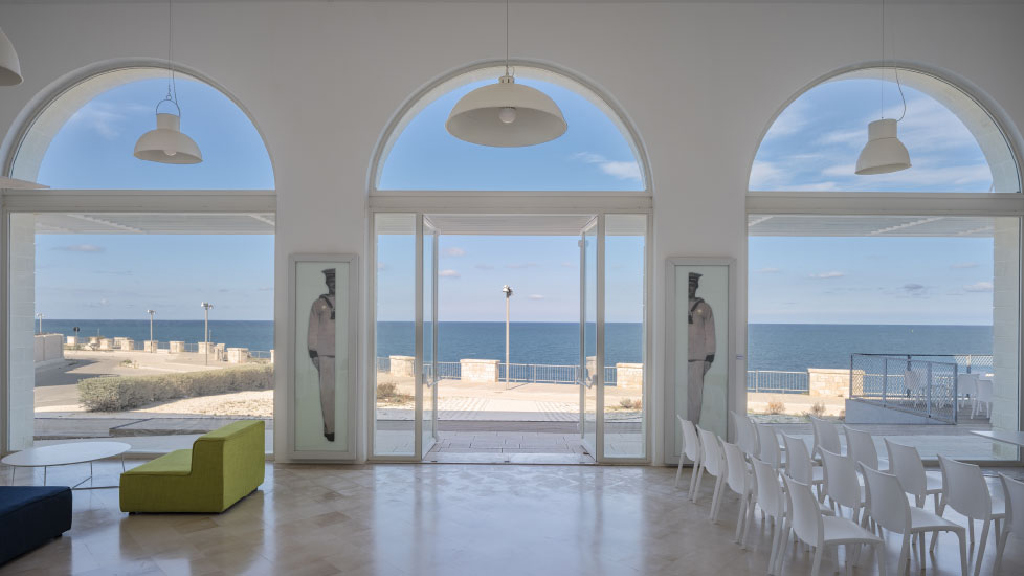 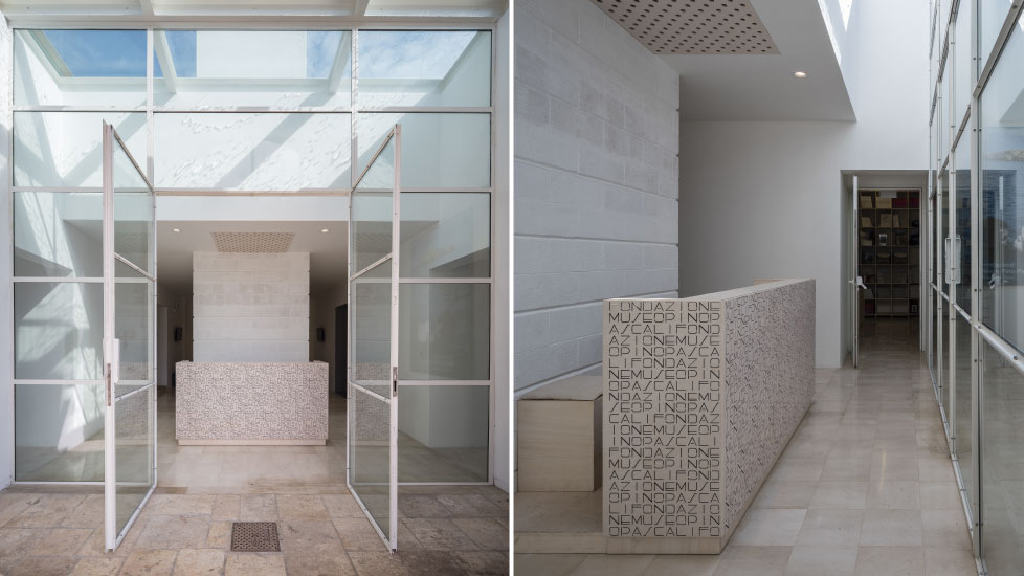 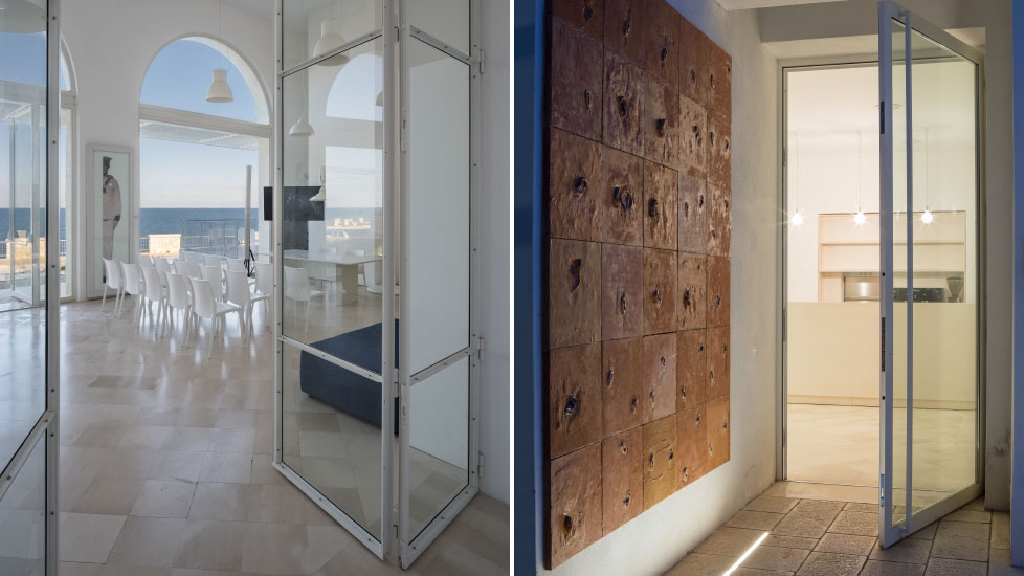