This is a new contemporary family home previously used as offices in the 1990s. It’s a restoration and brave modification of an existing 1880’s heritage-listed three-storey Victorian Italianate-style terrace house with carriageway, modifications to the rear wing and restoration and modifications to the 1860’s sandstone stables, restoration of rear stone fences and addition of a concrete carport with landscaped roof terrace located at the rear of an ‘L’ shaped site in Surry Hills, Sydney. The underlying concept was to translate an existing 1990s office fit-out into a contemporary residence while honouring the historic charm of the building and giving the owners a comfortable home with bold design modifications. The low heritage significance of the existing rear wing offered an opportunity for total restructuring, so it was here that the most dramatic design intervention took place. The introduction of the impressively engineered double-height brick vaulted ceiling to the restructured rear wing seemed an appropriate element for the Italianate style of house. The constraints of the site meant that, instead of building a new addition to the rear wing, space could be reworked to provide light and visual connection as well as access to courtyards. Special consideration was given to separating the historical terrace house from its rear wing with glazing to link the voids and separate the old from the new with negative space. The building's harmonious internal structures were preserved, including historical features such as the ornate marble fireplaces, main staircase, and glass panelled door, and the sidelights were brought back to life to enhance the home's beauty. The existing building's generous size permitted additional spaces beyond the client’s needs and expectations allowing the introduction of the multi-use conservatory on the rear wing’s second level. The conservatory has been treated as an outdoor living area with potted trees. It's a winter garden during the cooler seasons with abundant natural sunlight and, on rainy days, is protected by the glass roof. 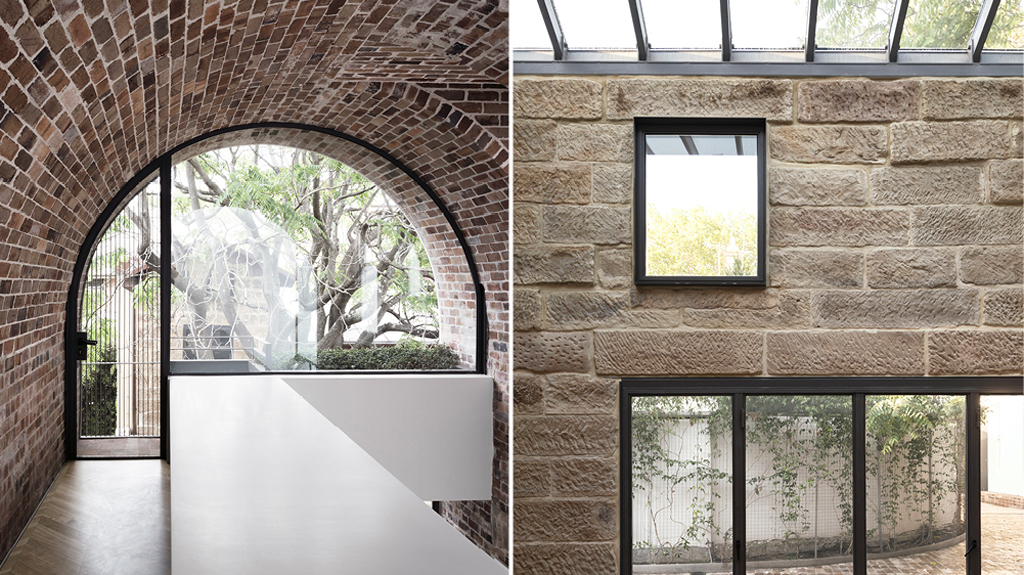 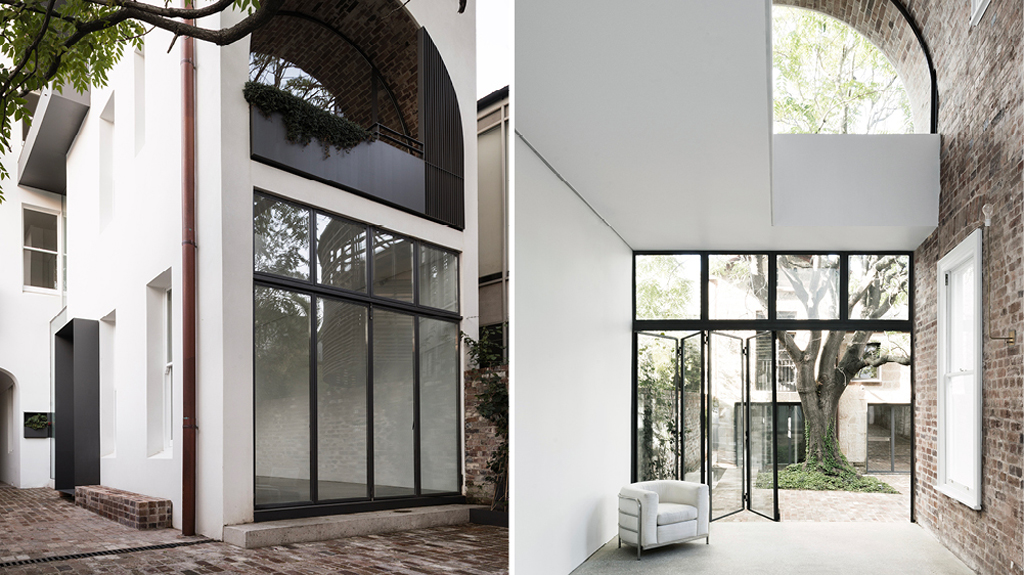