This old mechanic’s workshop in the centre of Bologna has been given a new lease of life for city living. Its generous spaces have been restructured as a cosy and welcoming private dwelling, part of a trend to astutely salvage disused industrial areas. The large vaulted area sits against a lower section which has been reshaped as an internal courtyard, visually linked to the main body through two large glass doors. Thanks to their favourable position, these doors allow the sunlight to penetrate and warm the heart of the building in the coldest months, bathing the surroundings with intense light and creating a positive heat flow. During the summer months the sun is too high to shine inside the building and so it is kept fresh. In addition to the daytime area on the ground floor, a loft area has been created for the night. The designers have used FerroFinestra which brings to mind the characteristic glass divisions commonly used in industrial design, whilst keeping the typical appearance of iron by treating it with a simple transparent opaque varnish. 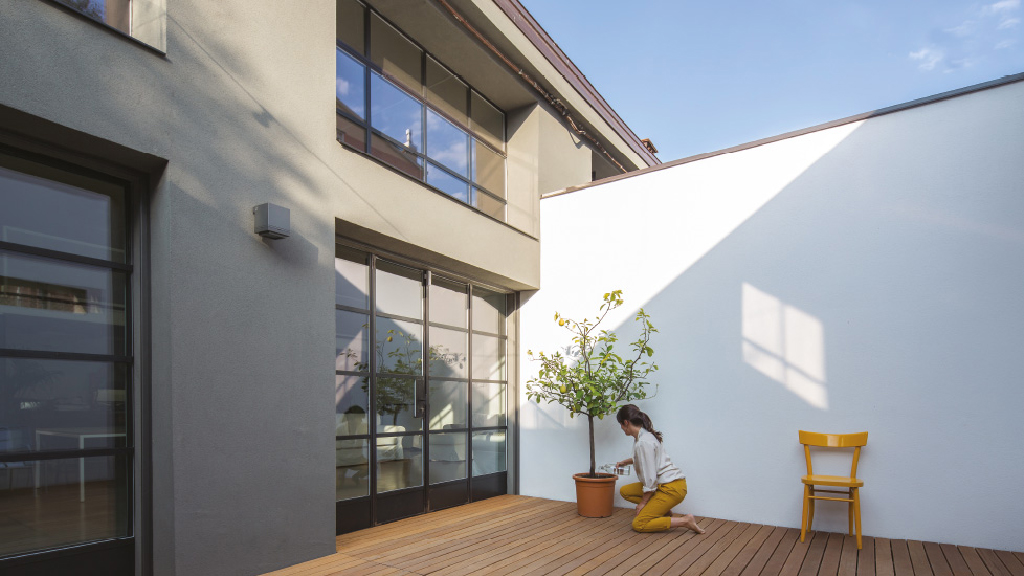 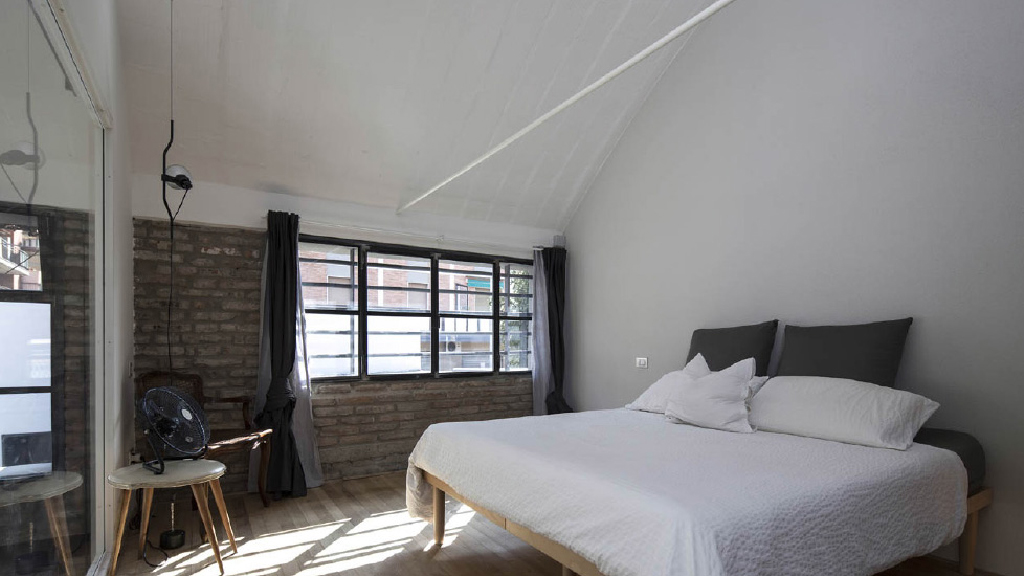 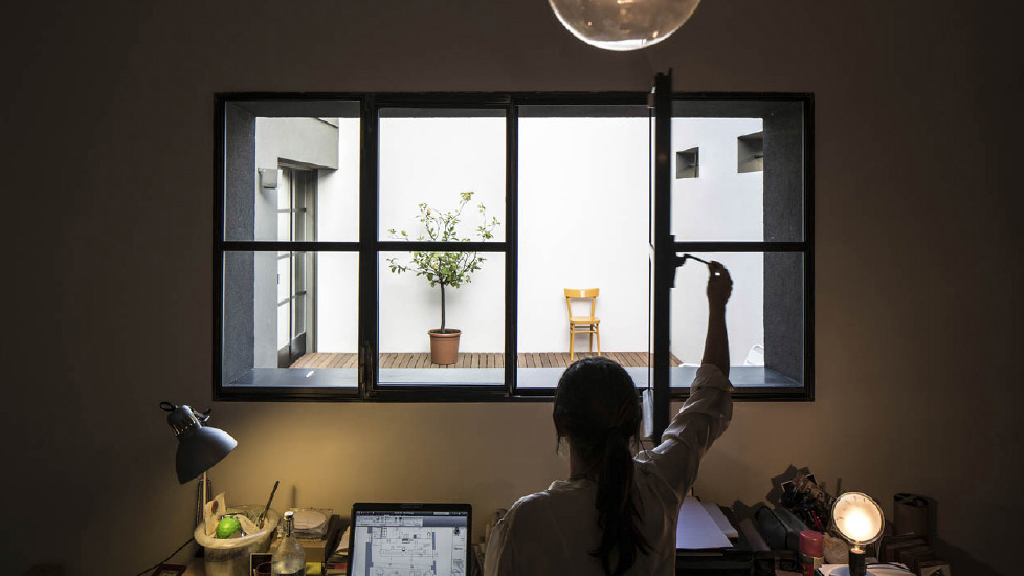 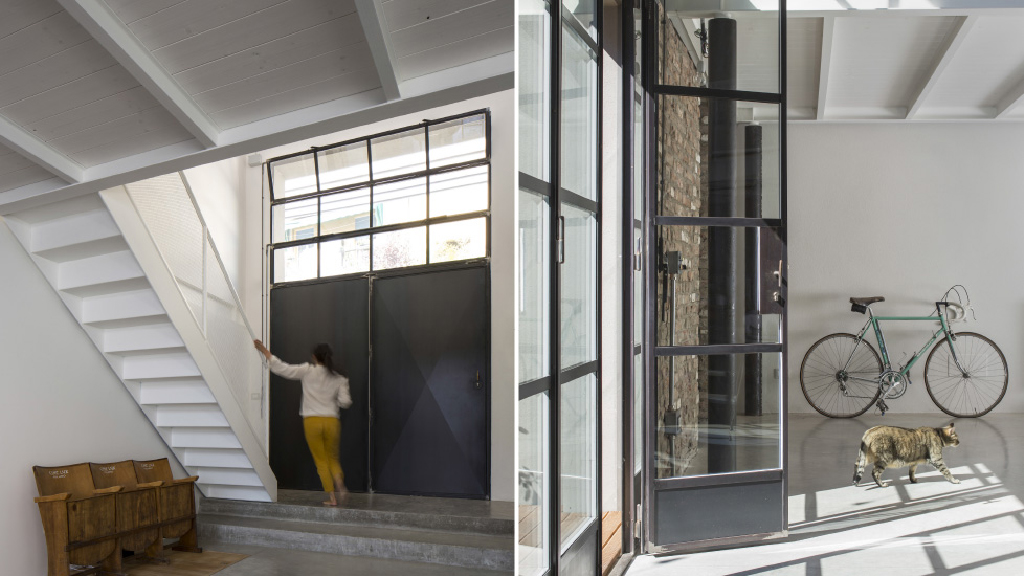