Mei architects and planners redeveloped the Ocean House on the Westzeedijk in Rotterdam – also known as the Stokvis building. Once the headquarter of Europe’s largest trading company, this national monument has been converted into a unique loft residential building.
An extensive cultural-historical exploration was carried out prior to the design process. Due to the turbulent history, many different time layers are visible in the building. A modern volume has been added on top, slightly set back in relation to the facade ,while the monumental elements, such as the entrance at Heiman Dullaertplein, the Gothic hall and Tudor hall, and the canteen on the roof, have remained intact. The characterstic windows of the red brick facade and the wide openings of the inner courtyard have been replaced with contemporary windows made of thin steel profiles, offering modern comfort while preserving the original aesthetics.

Mei redeveloped the Ocean House on the Westzeedijk in Rotterdam – also known as the Stokvis building. Commissioned by Waterford Investments & Vervat Vastgoed, this national monument has been converted into a unique loft residential building.

History
The Stokvis building was once the headquarter of Europe’s largest trading company. The Rotterdam company Stokvis and Sons, founded in 1849 by a Jewish family, traded in all possible products, varying from screws, vehicle lifts, chemicals to radios and mopeds (Zundapp and Puch).
The building on Westzeedijk, built in 1909, was once a “modern business palace”, with innovations such as car passages through the building, a covered courtyard, and a canteen with roof terrace. The building was heavily damaged during the war and was almost completely rebuilt between 1946 and 1948. In that period, the building got its current, more business-like facade. Pre-war elements were preserved inside the building. In 1974, the Stokvis company left the building and some changes were made, such as closing the passageways to the courtyard for trucks and largely changing the interior. Since then, the building has been in use by a multitude of institutions and companies, such as a college school, police office and the municipality of Rotterdam, and the building was given the name “Ocean House”. In 2002 the building obtained the status of national monument.

Transformation vision
An extensive cultural-historical exploration was carried out prior to the design process. This research revealed all the major changes the Ocean House has undergone over the past century; the damage caused by the bombing of the Royal Air Force in 1942, the alterations to the facades in 1948, and the impoverishment due to long vacancy. It also revealed the core values ​​of the former business palace, such as the entrance hall, the elevator with wooden doors, the stairwells, and the barrel vault.
Due to the turbulent history, many different time layers are visible in the building. And it is precisely this diversity that forms the DNA of the Ocean House and the starting point for a well-considered transformation vision. In the design by Mei, the quality of all time layers has been embraced and the monumental elements, such as the entrance at Heiman Dullaertplein, the Gothic hall and Tudor hall, and the canteen on the roof, have remained intact. With the transformation into a loft residential building with modern added volume on top, the Ocean House has acquired a new value for Rotterdam and, with respect for the existing building, we have added a new time layer.

Varied residential program
A great discovery in cultural-historical exploration was the way in which daylight penetration was arranged in the original Ocean building. A central corridor circulation in combination with skylight courtyards and voids in the four corners provided the entire building with daylight in an ingenious way. These light courts were closed in 2016, but for Mei this was the reason to bring these light courts and inner corridor back into contemporary housing design.
The four corners of the building originally had light courts, which had been closed in recent decades and had lost their function. In Mei’s design, these light courts have been restored and made transparent. By linking these four light courts in the floor plan by means of an inner corridor and creating houses on both sides, two rings of houses are created: an inner ring and an outer ring. The houses on the inner ring are located directly on the inner garden, the former atrium. The atrium was originally used for loading and unloading trucks for the factory, and has been transformed into a unique courtyard, accessible to the residents. The houses in the outer ring have beautiful monumental high ceilings, up to 5 meters high, with rounded ceiling connection and monumental window divisions.
Everywhere, the typology of the houses follows the lines of the monument. This naturally led to an attractive differentiation of approximately 200 homes, varying from 50 to 250 m2, and from family apartments to studios, lofts, corner apartments, living-work apartments, and penthouses. The target group is young-working starters for smaller homes, and young couples with or without children.

New time layer
The monumental stairwells are used to access the houses and to reach the newly added residential layer on the original rooftop. These penthouses are organized around the existing light courts and have a roof terrace over the full width.
The layer that represents the present time, is located on top of the building. The new layer is slightly set back in relation to the facade, so that it is withdrawn from the street scene in all modesty. The penthouses subtly blend in with the existing historic elements, such as the light courtyards, the dome of the atrium and form a meandering and pleasant roof landscape of courtyards. The outer walls of the roof structure are made of a golden yellow, folded aluminum facade cladding. This materialization and refinement in detailing refer to the sheet metal working company Stokvis and tie in very well with the warm, dark bricks and the concrete keystone. The golden-yellow aluminum typesetting is reflected in various places in the interior of the communal areas, such as the frame of the elevators. The inner area of ​​the roof structure is finished with wooden cladding that matches the warm appearance of the existing masonry. Within the construction ring courtyards are created around the light hoods. Residents can make these courtyards green themselves, connecting the deck to the green atrium and garden on the side site.

Community building
Mei’s designs are characterized by sustainable and future-proof solutions that stimulate the emergence of communities. The concepts are based on themes such as inclusion, diversity, density, sustainability, flexibility, health and well-being. WEST507, as the Ocean House is called since completion, is a loft building with approximately 200 homes, which distinguishes itself in terms of architecture and identity and thus increases the involvement of residents and users.
In the design of WEST507, the monumental spaces have been used for communal functions that serve the community of WEST507. The classic Tudor room and Gothic room, formerly the boardrooms of the Stokvis company, are used for meetings, consultations, flex workplaces for residents, etc. The Juliana Hall, a spacious and richly detailed room above the main entrance and previously the showroom of the innovations of the Stokvis company, has been renovated and is used as a communal room for a library and space for conferences / lectures. 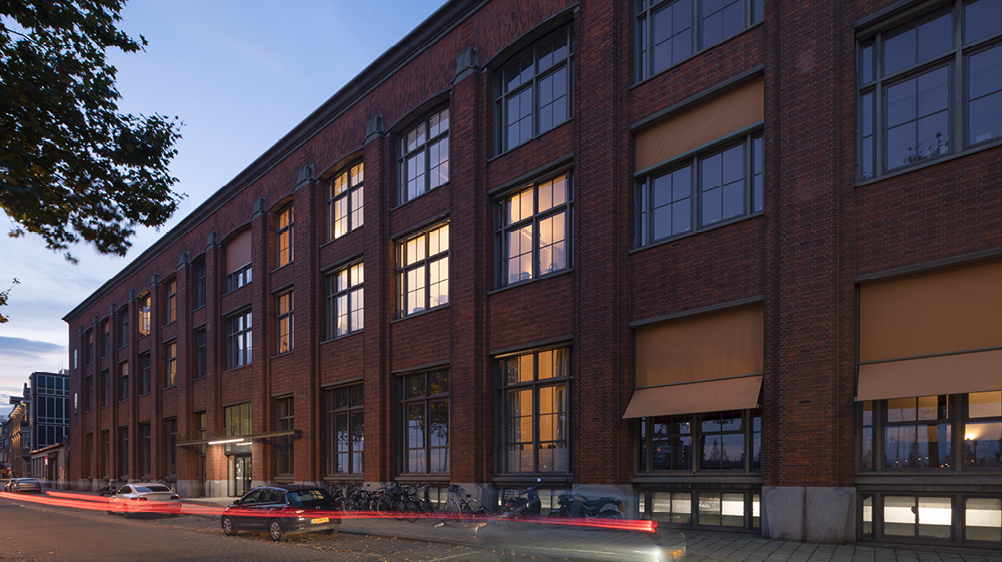 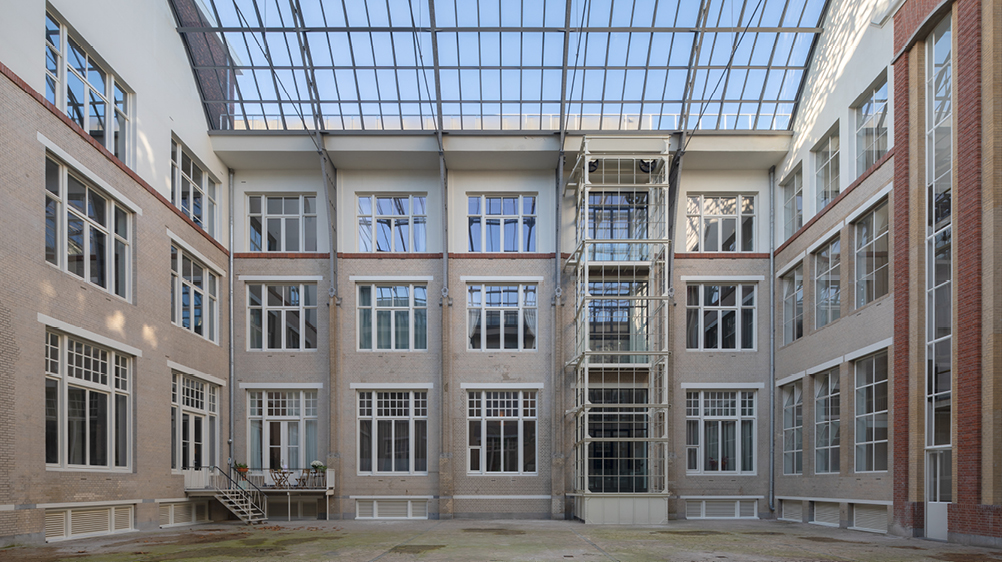 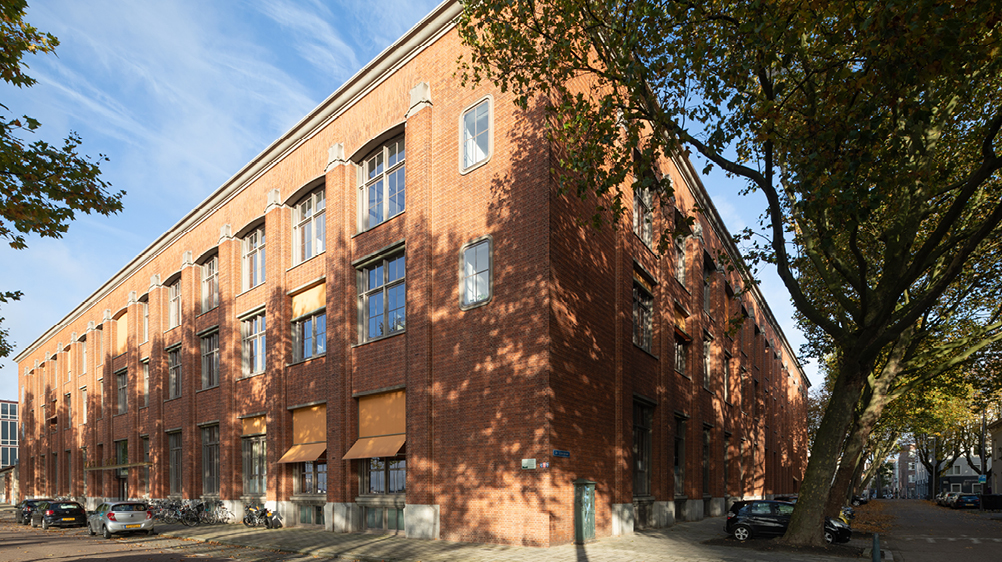 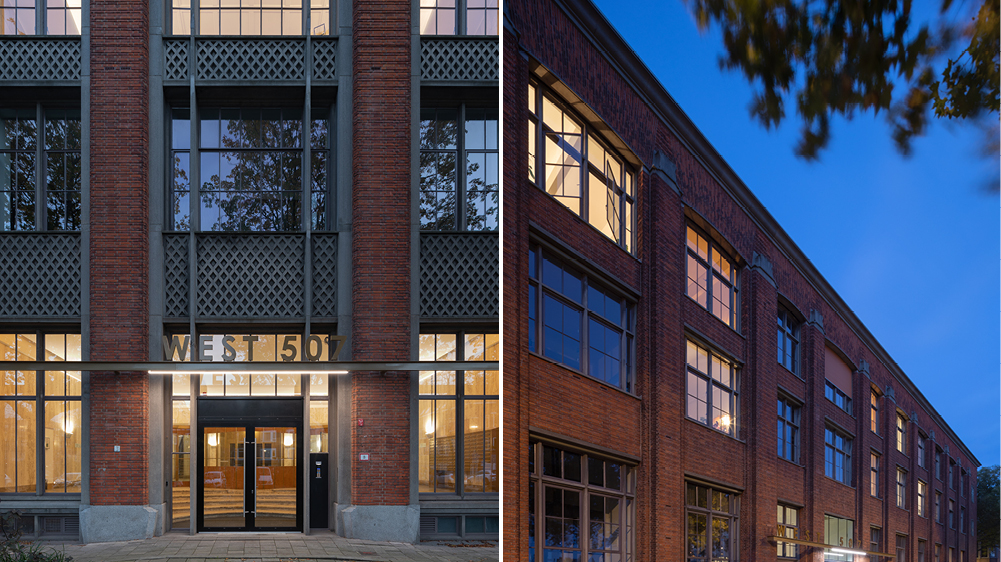