A barn of the 60s turned into a workplace for the artist, an environment of experimentation and story in which the light and the surrounding hills shape the architecture. The needs of the client are translated into design gestures consistent with the essence of the building, not of particular architectural value but interesting for the spaces that it can potentially accommodate. The planimetric distribution sees all the main and service areas on the ground floor, to completely free up the first floor and dedicate it to a large open space overlooking the greenery, exploiting the existing heights to obtain a bright and ventilated environment. Another fundamental element of the project is symmetry. The structural form of the building on the ground floor is given by a frame in reinforced concrete with two rows of pillars that mark the plan. We started from the pillar step to re-proportion the environments according to need. The plant is thus divided into three, two larger environments characterized by a laboratory and a study, and a third dedicated to services that becomes a filter band between the two main environments. A third fundamental aspect of the project is the relationship with the landscape, sought through a greater visual connection. In fact, this aspect translates into the modification of the elevations, that is, in the realization of large openings to increase the internal-external relationship in the environment on the first floor. 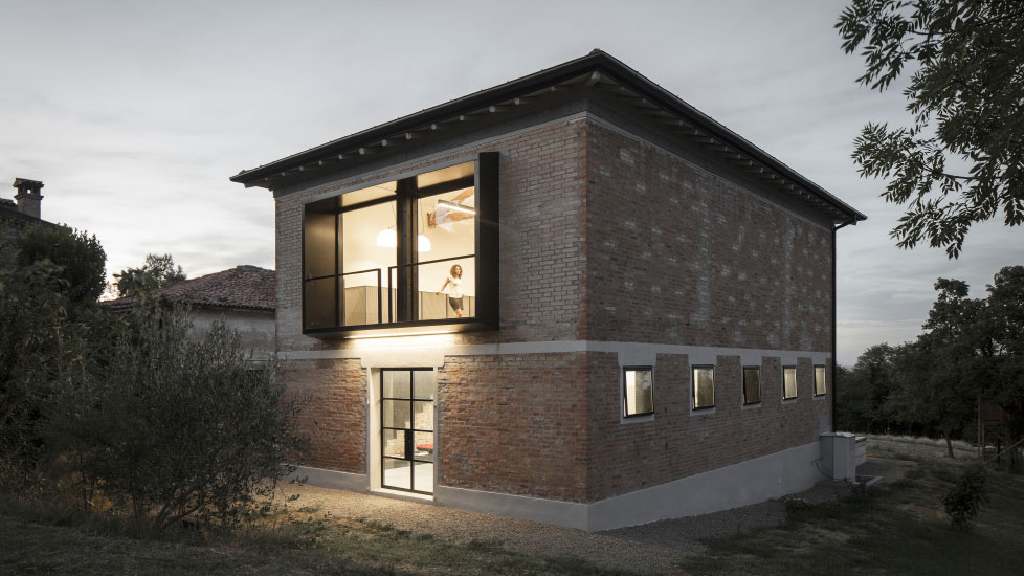 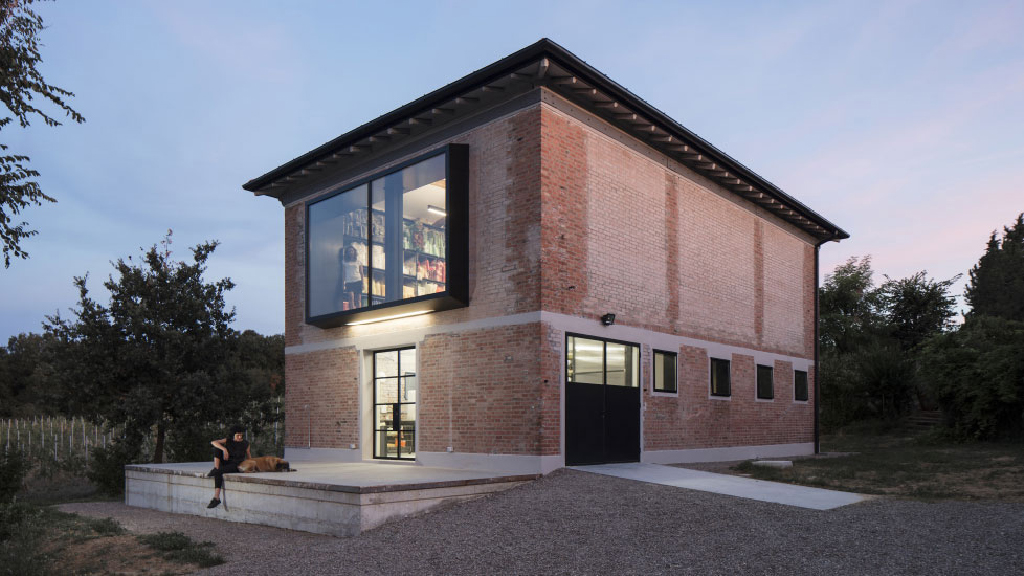 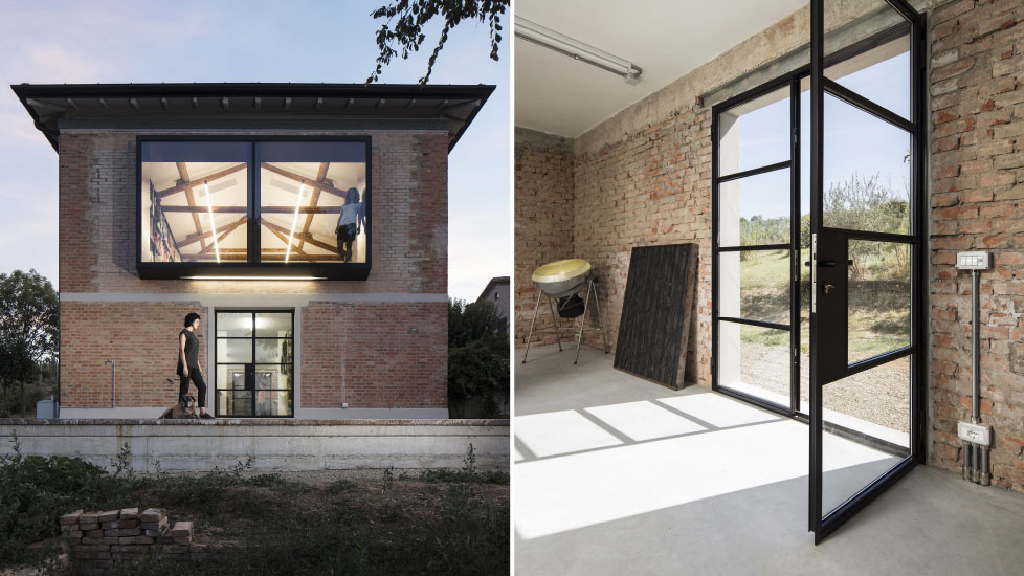 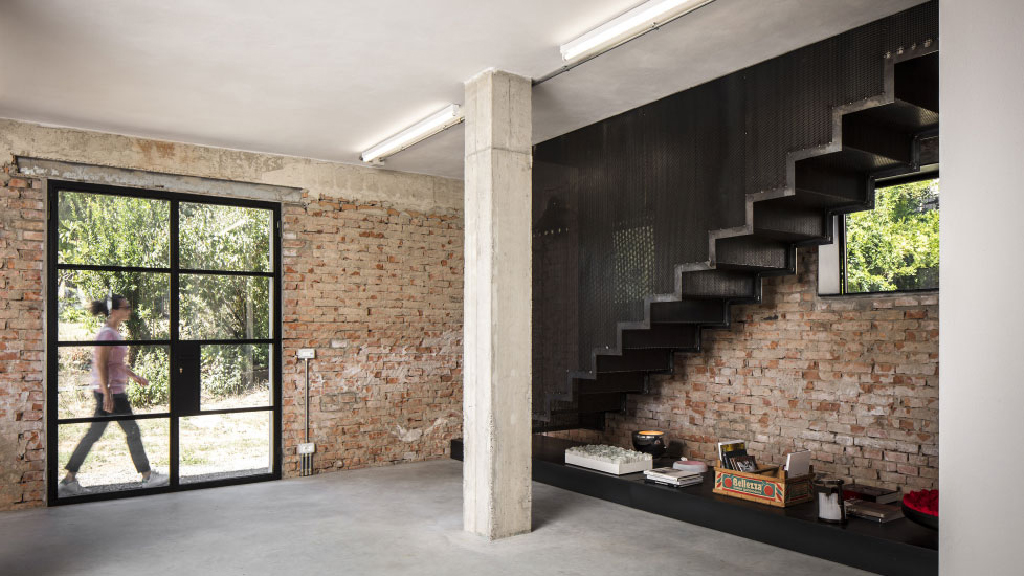 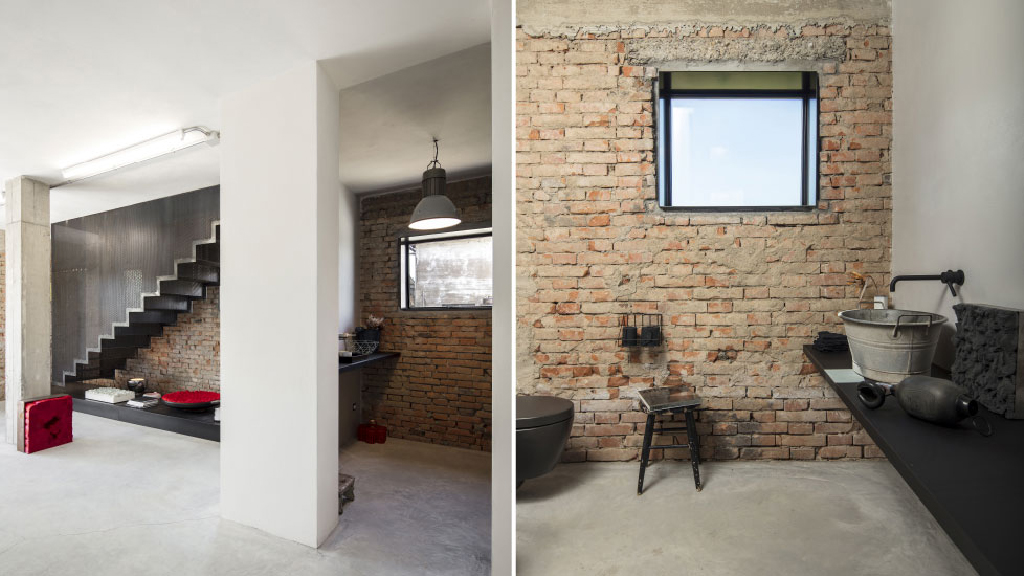 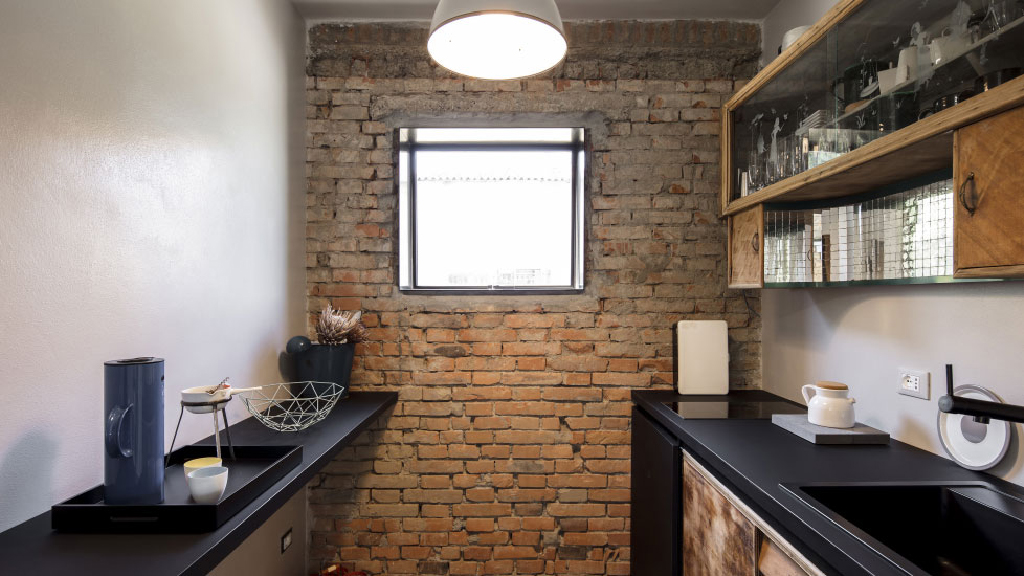 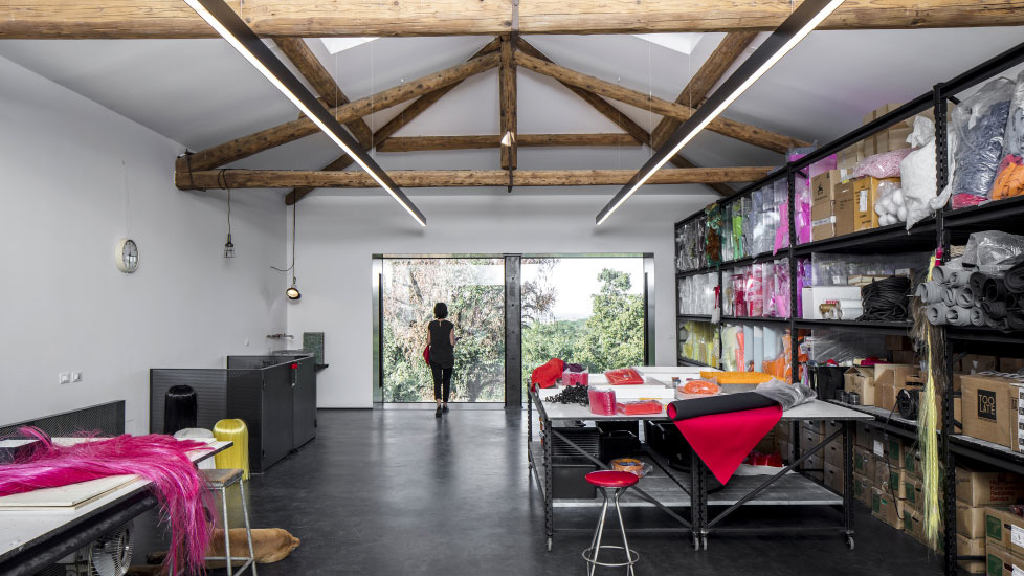 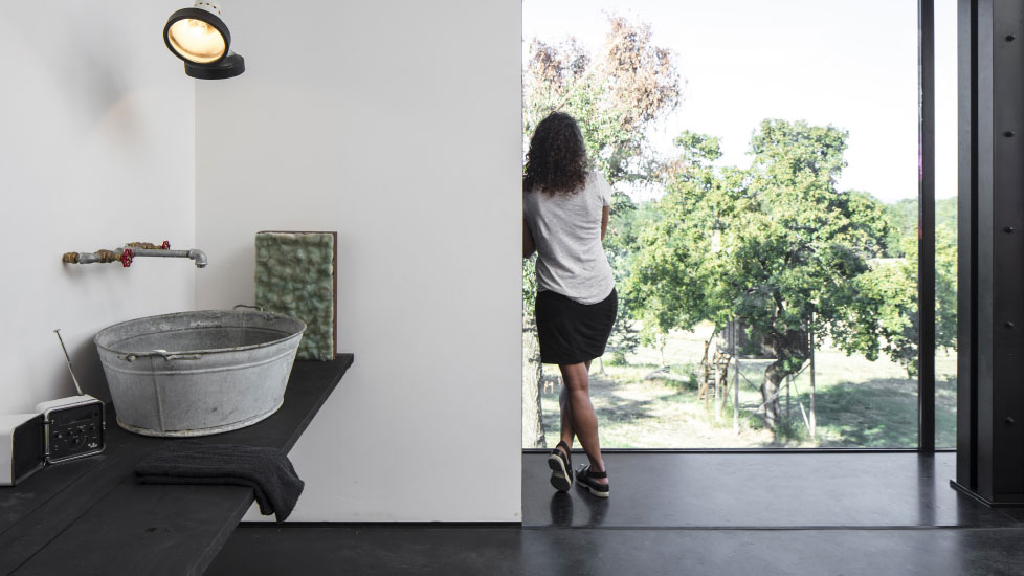 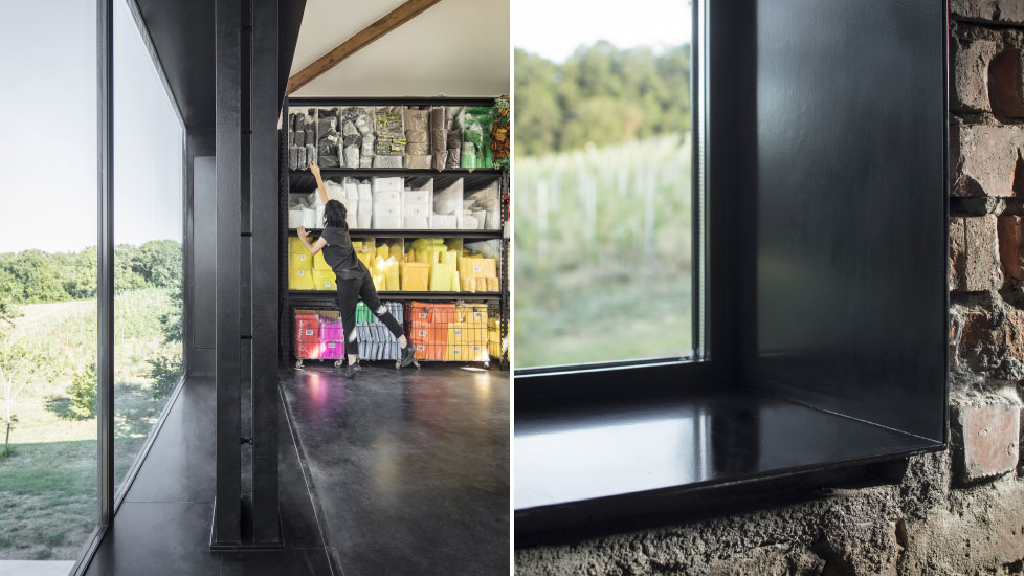