Robilant is a leading branding and strategic design company in Italy, based in Milan in a former industrial building dating from 1931 and originally occupied by a chocolate factory. The growth of the company over the years has made it necessary to progressively expand the working environments, so neighbouring but completely different spaces have been added. With a total area of about 2000 square metres, these unplanned extensions have created inefficient circulation and inflexible, disconnected environments. The design intervention included both internal and external works. The key words were respect and innovation. On the one hand the planners wanted to respect the industrial soul of the place, maintaining the large open spaces, the roofs with original skylights and the beautiful facade. On the other hand, new work spaces were created such as "coffices", informal meeting rooms, multifunctional rooms, event spaces and exhibition galleries. The FerroFinestra system was used in its standard version for internal partitions (W40) and in the thermal break version for external windows (W50 TB), guaranteeing stylistic continuity between the building envelope and interior design. 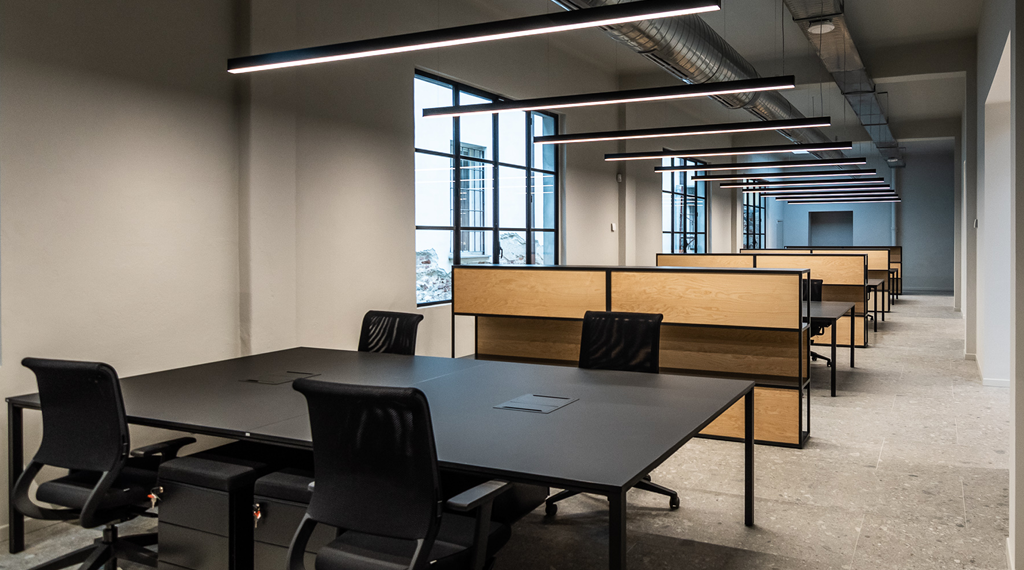 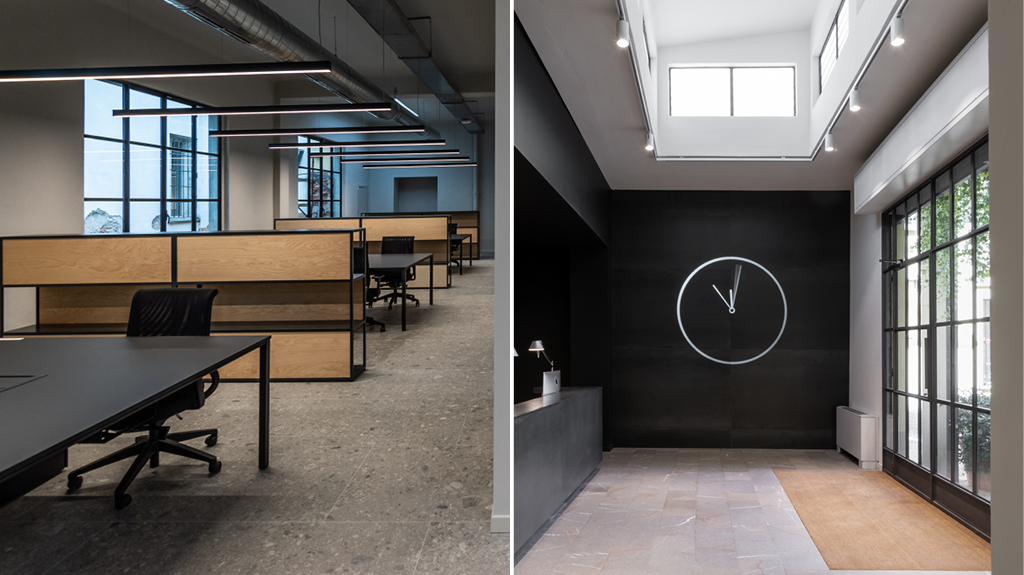 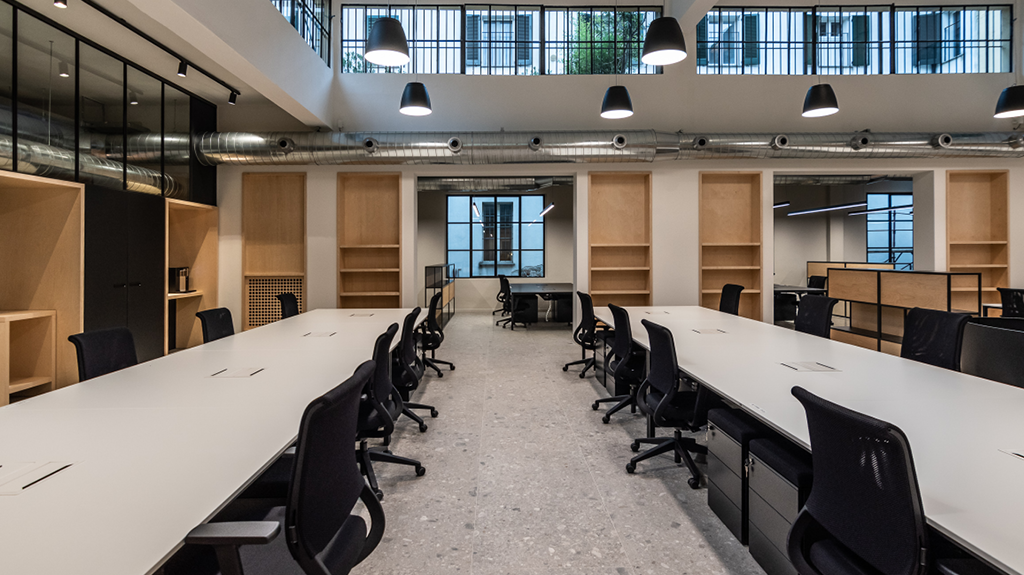 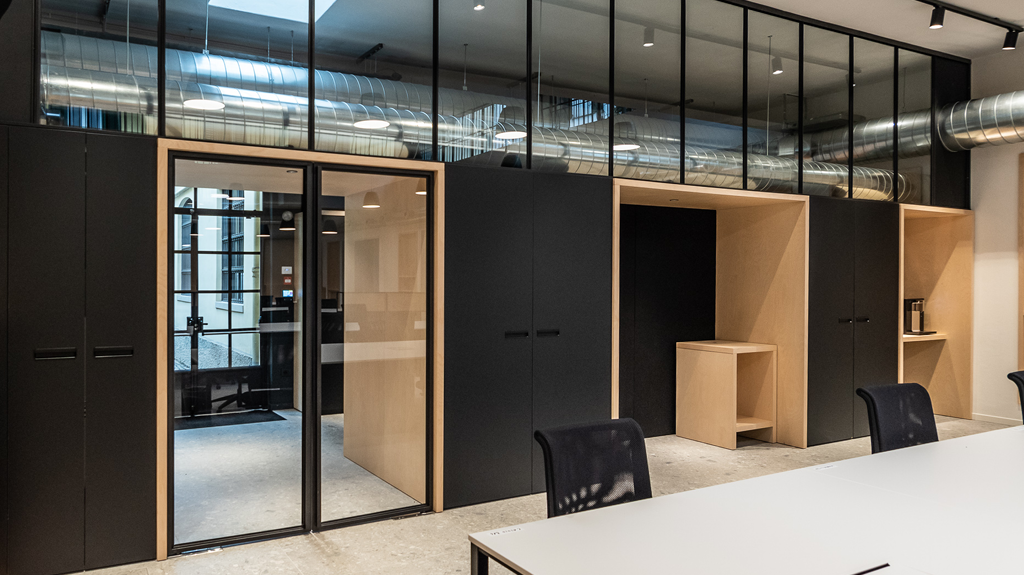 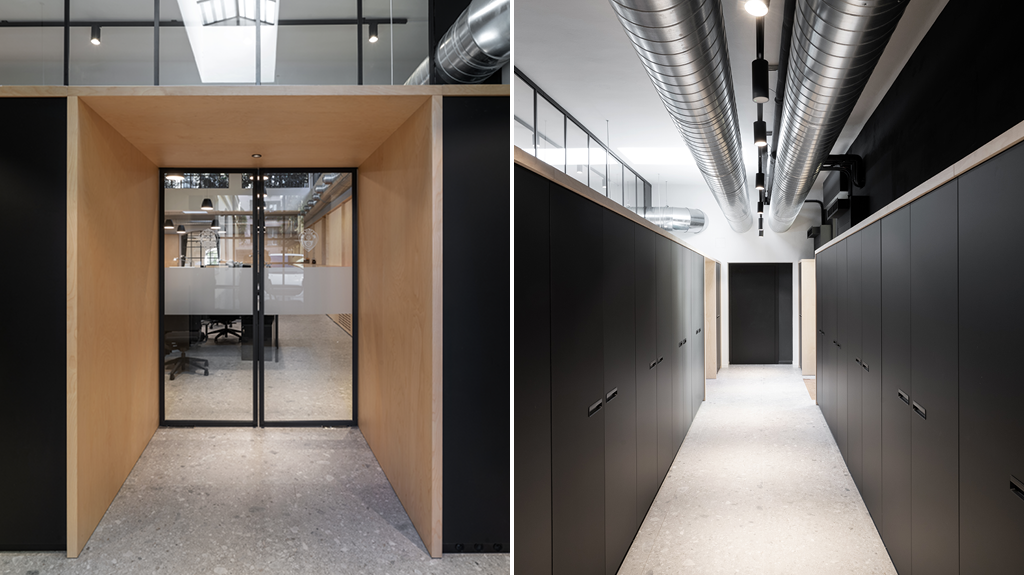 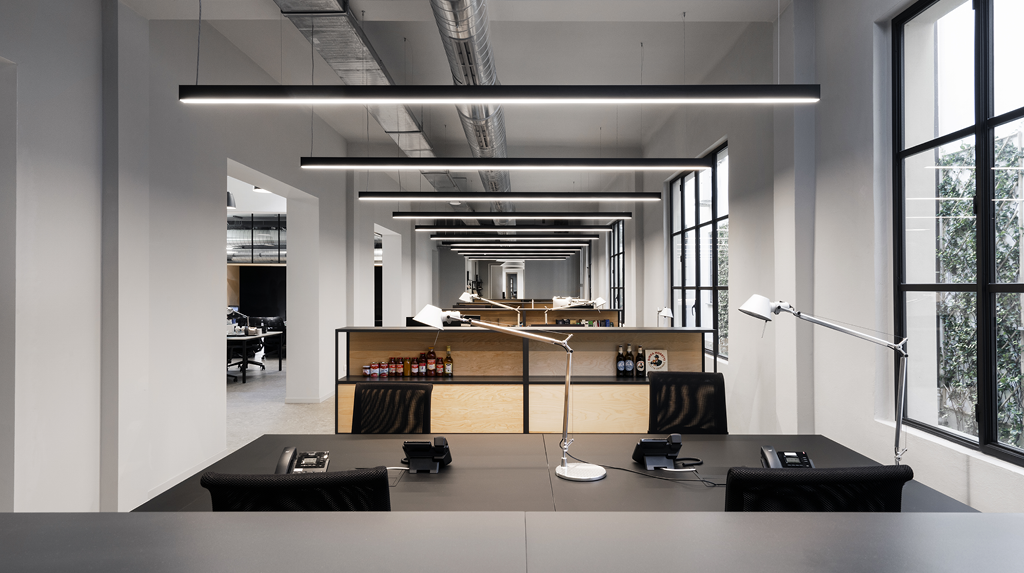 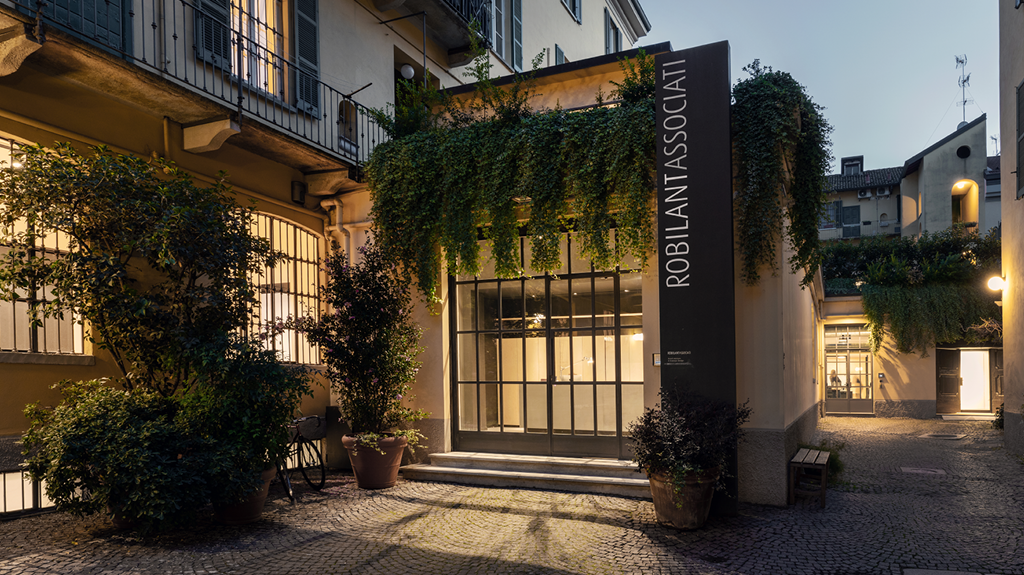