Regia Fabbrica di Tabacchi opened in 1851; it was enlarged at the end of the 20th century and subsequently modified even in the World War II post-war period. The designers were presented with an arduous task: to model areas for shops, living and commercial activities from an industrial complex. The result was a hit with the Modenese citizens who have been able to see their historic centre united with modern developments, such as the area close to the station. The use of trigeneration plants (combined cooling, heat and power) has provided a unique energy solution for historic Italian city centres, allowing the entire complex here to operate independently from the rest of the city by means of a central production unit in the old power station. The large, centred-arched windows are made from profiles in galvanized steel Mogs ISO 70 with a thermal break, which offer strength, a less intrusive visual impact and minimum maintenance requirements in addition to a noteworthy thermal and acoustic performance. 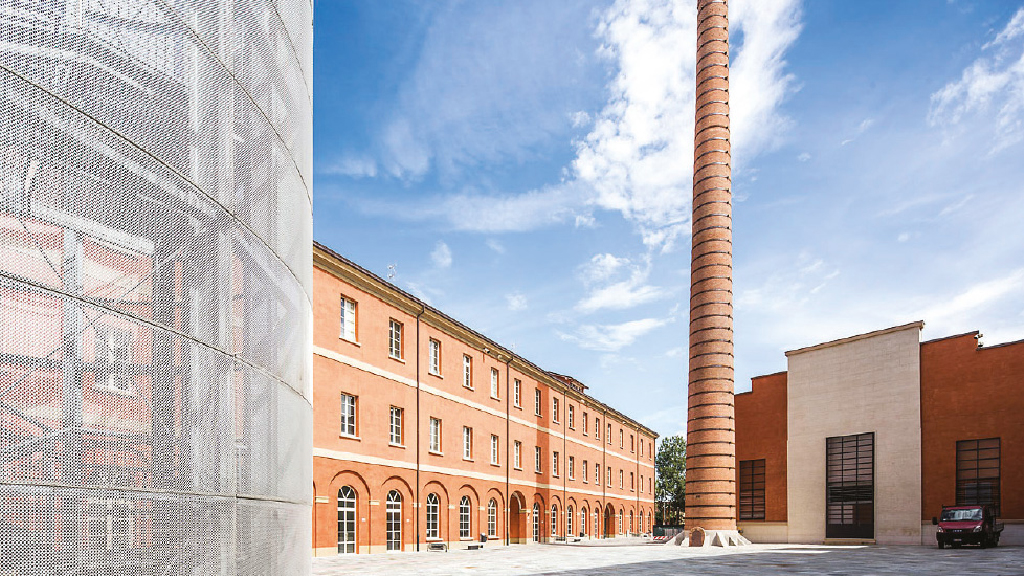 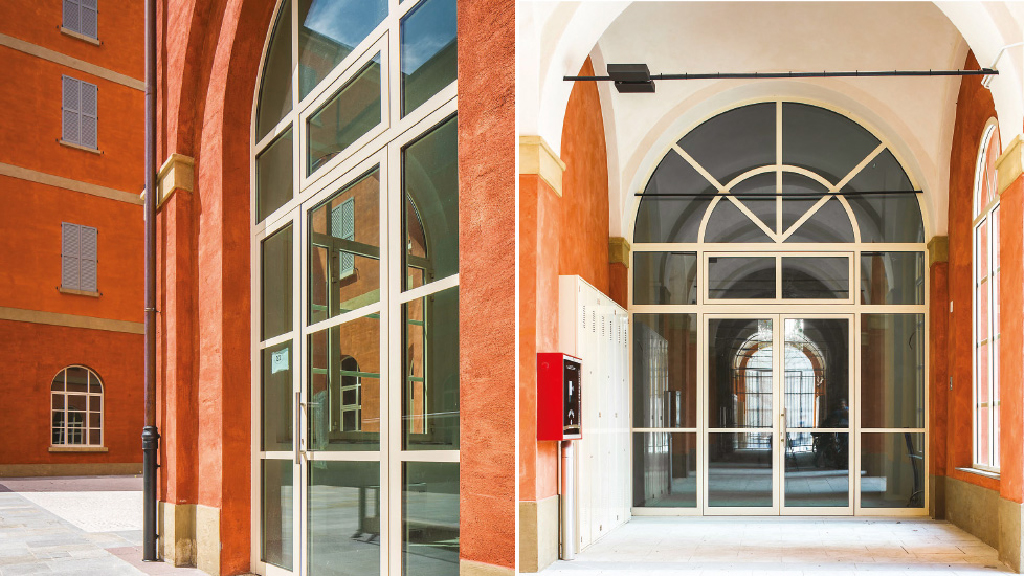 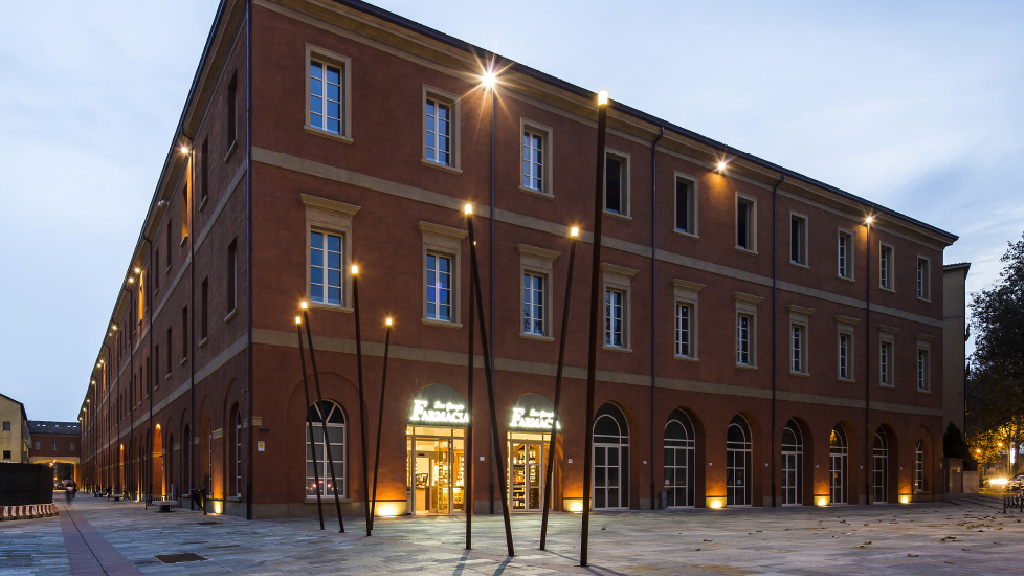