Located in the heart of Rome, just a few steps from Piazza Navona and the Pantheon, in Via delle Coppelle, the Palazzo delle Pietre boasts ancient roots: the current Palazzo delle Pietre was originally built before 1400, in correspondence with the famous Terme Alessandrine ex Neroniane built in 62 AD and in use until the fifth century AD.
The Palazzo delle Pietre was purchased by the Mazzi family in 2012, in a state of abandonment. A skilful restoration work brought it back to its former glory, where Carlo Mazzi's private collection (fragments of ancient sculptures, inlaid friezes, capitals and travertine portals) sits alongside contemporary design furniture by Artemide, De Padova and Aliver, to give guests the luxury of a holiday in one of Italy's most exclusive historic homes. 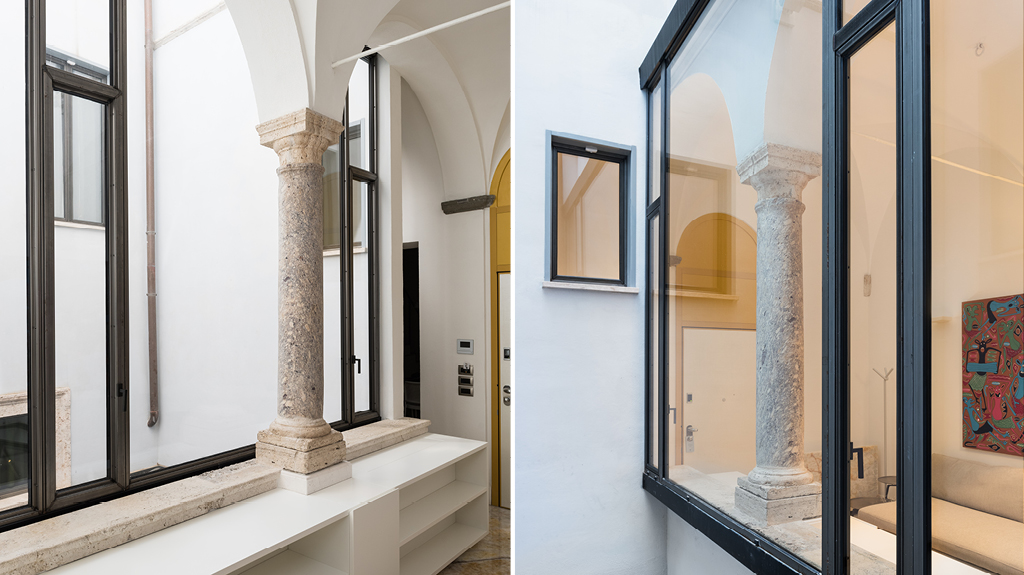 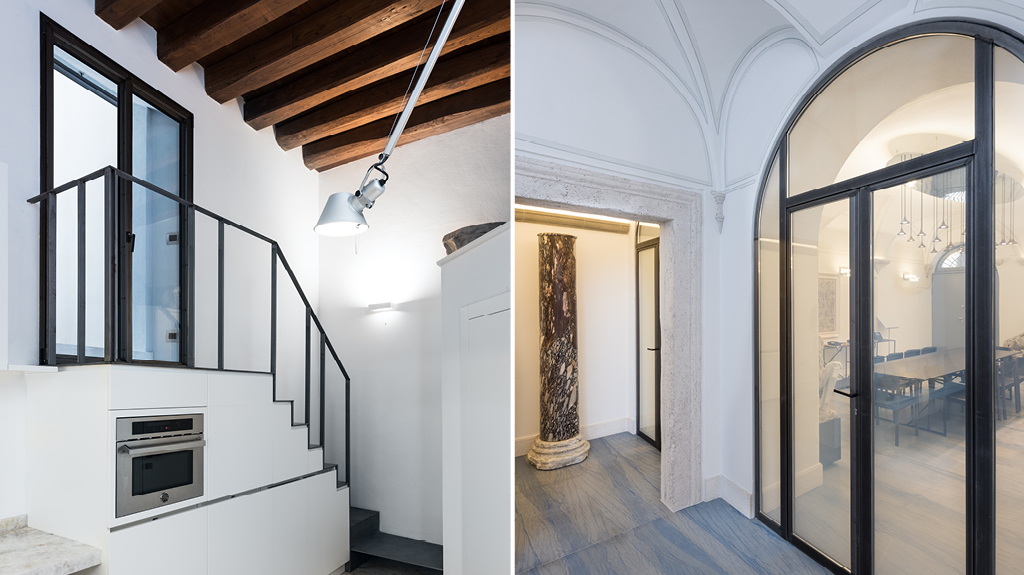