The Mandrione village is one of the historic examples of 'spontaneous' settlements that have sprung up near the ancient Roman ruins. It is here that the farsightedness of a client/designer, in love with his Rome, has enabled the redevelopment of a shed that had been abandoned for decades, built at the foot of the ancient Roman aqueduct.
The restoration project directly relates the ancient and the modern without one prevailing over the other. The ancient brick of the arch has been used again for the paving of the garden and in the lime colours of the facades. Large steel windows light up the building, preparing it for a new life. 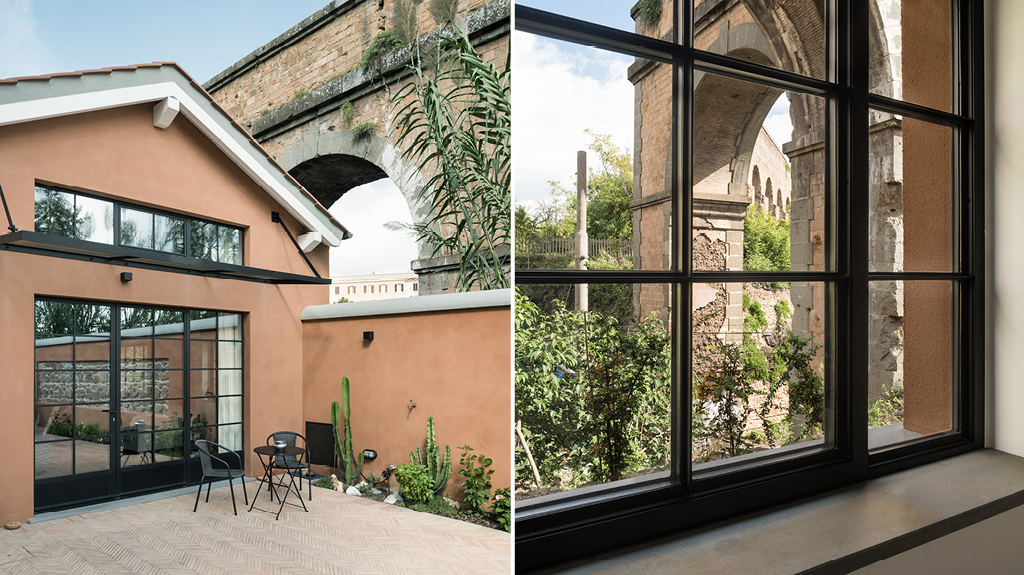